People sometimes ask me how to identify the deepest value in another culture. I suppose there are many ways, but one approach I have found quite helpful is to try to identify what behaviors upset people the most in a particular culture. What is it, when someone does that thing, that really annoys people? If you probe beneath the behavior that produces such a strong reaction, you will find a value that has just been violated. If we use the U. S. as an example, I think there is no quicker or more foolproof way to upset an American than to act superior, as if you are somehow special and should be treated differently from the way most other people are treated. Lurking beneath that reaction is the deep American belief in egalitarianism, that everyone is inherently equal to everyone else. This value runs so deep it even extends to people who clearly are special, presidents and the like, who must be particularly careful to act like everyone else.

Why else did Jimmy Carter (not James, by the way, because that would be affected), returning by helicopter from his first presidential vacation in Plains, Georgia, insist on carrying his garment bag into the White House on national TV? Was it not to make a statement to the effect that, I might be president of the United States and leader of the free world, but I can carry my bags into my house when I come back from my vacation just like the rest of you? A statement—and this is the point—that would go over well with the masses? Note, however, that in many, more status-conscious cultures that same behavior would be ridiculed. Aren’t there people who can do that sort of thing for the leader of our country?

What other people but Americans would have agonized quite so long and deeply over whether or not the First Lady Nancy Reagan would curtsy when she was introduced to the Queen of England? Since the Queen was not expected to curtsy back, this meant Nancy was somehow lesser than, inferior to, or otherwise in another category than the Queen; at the very least, it would suggest that Nancy somehow had less status than the Queen. This deeply upset Americans.

While we’re on the subject of English royalty, many people have forgotten that the very American, deeply egalitarian expression “Who does he think he is?” is the first half of a two-part expression. The second part, dropped long ago, is “The king of England?” Naturally none of this means that there is no inequality in American society, in circumstances and opportunities, for example, but only that there is no inherent inequality, or at least there isn’t supposed to be.

Discovering the deepest value in a culture is useful for many reasons. The most obvious is that that value is necessarily going to lie behind and help explain many of the most fundamental attitudes and behaviors in that society, explain where people are coming from and what makes them tick. From an intercultural perspective, can you think of anything more important to understand about another culture?

But there’s actually an even more important reason to identify a culture’s deepest value, and that’s because that value, precisely by virtue of its being so deep, is almost completely subconscious, something that people are the least likely to be aware of or even able to articulate; it is at the level of instinct. And because this cultural truth is buried so deep, then everything associated with it—all the beliefs, attitudes, and ultimately the behaviors that derive from it—are considered universal, not our nature but human nature. These are not merely the things we do but the things everyone does—or should. These are not values, in short, that people have a sense of humor about, not a set of beliefs you are free to accept or reject; they’re not beliefs at all. You either are this way, and you are accordingly natural, or you are not this way, and you are unnatural.

If that doesn’t take your breath away, you’re not paying attention. What could be more valuable and useful to people in the intercultural field than to have a way to access what people in other cultures—not to mention people in your own culture—consider human nature? When you know what people consider human nature, then you know what they consider departures from human nature. If anything your culture has taught you turns out to be such a departure, then get ready for a reaction.

Reflection Questions (from the Editorial Team) 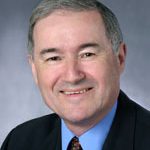