Internationalization of higher education has become increasingly important to institutions in the Global North for decades, represented by the increase in international student recruitment and expanding study-abroad programs since the early 1980s (Knight, 2014; Stein, 2017). Yet, internationalization is at the risk of reproducing the white-supremacist of Western higher education through cultural, social, ethical, and political domination over international students (Hayes, 2019; Yang, 2019). According to Martinez (2017), white supremacy is “an historically based, institutionally perpetuated system of exploitation and oppression of continents, nations, and people of color by white peoples and nations of European continent, for the purpose of maintaining and defending a system of wealth, power, and privilege” (p. 16). Some characteristics of white supremacy culture include, but not limited to perfectionism, individualism, defensiveness, and worship of the written word (Okun & dRworks, 2021). Western higher education institutions have been deeply involved in the colonization of non-Western knowledge and (re)production of knowledge with supporting racialized and colonial classifications (Smith, 2012).

Internationalization of higher education has been dominated by colonial roots and neocolonialism, which is “far more subtle and based on the imposition of language and culture rather than through brute force” (Zuchowski et al., 2017, p. 80). Euro/white-supremacist foundations of higher education have been emphasized in the medieval ages (Haskins, 2002; Stein, 2017). The “convergent ”universal education began to be replaced by divergent education at the end of The Reformation, following an acceleration in the nineteenth century, which led higher education to serve “the administrative and economic interests of the nation-state” and to become a significant aspect of national identity (de Wit, 2002, p. 4). Western higher education shifted from “medieval scholastic traditions toward producing knowledge and leaders for nascent nation-states” (Stein, 2017, p. 27).

The primary international element of Western higher education in the eighteenth and nineteenth centuries was the export of European education systems (de Wit, 2002). The political and economic power began to shift from the Global South to the Global North through colonial expansion (Mignolo, 2002). During this time, universities in North, Central, South America, and Asia were implanted from Europe. American universities were based on British education. Higher education in Asian, African, and North American French colonies were modeled on French higher education. Institutions in Japan, China, and Thailand as non-colonial countries were also influenced by the Western higher education system. The political, economic, educational, and technological terms have been highly impacted by the Western powers (Altbach, 1989). Particularly, the Western powers have been important in the development of Asian countries. After ending the Soviet model, China had encounters with Western academic, economic, and intellectual currents (Altbach, 1989).

After World War II, the U.S. higher education was transformed to the center (de Wit, 2002). Higher education became submissive to the political and economical interest to transform human minds and provide manpower in the Cold War era. The goal of international education was to expand influence to the rest of the world and have a better understanding of the world. Western higher education continued to expand global influence in the forms of English language learning, foreign training, Western academic structures, neocolonialism, and imperialism (de Wit, 2002).

In the late 60s and 70s, an “epistemic insurgency” opened spaces in higher education institutions for ethnic groups suffering discrimination and monopolized by Euro/white-centric epistemology (Grosfoguel, 2012, p. 81). In the Euro/white-centric epistemology, the ethnic groups were considered as the other as an object rather than as intellectual equals producing knowledge. The Westernized higher education institutions had produced “the Westernized political and economic elites” all around the world, which suppressed the subaltern and destroyed non-Western epistemology (Grofoguel, 2012).

The colonistic roots of Western knowledge and the epistemic dominance reveal imperial efforts to impede or threaten knowledge of the other. These roots have remained and continue to impact today’s higher education, particularly the internationalization of higher education, in the form of commercialization, discrimination, systemic exclusion and exploitation of international students (Cantwell & Lee, 2010; Stein, 2017). Western countries positioned themselves to impart international students with Euro/white-centric politics of knowledge and knowledge production for the purpose of spreading and expanding political liberalization and Western geopolitical power (Stein, 2017).

As an inevitable response of globalization, the internationalization of higher education aims to develop global citizens and produce relevant knowledge; however, internationalization has become a restricted concept due to the continuation of Euro/white-centric knowledge production, exploitative relationships, and inequitable distribution (Stein, 2019). The ideas of helping and educating others has become the insufficient inclusion of others as the object (Jefferess, 2008). Western episteme as a universal, which indicates that there is no others in the higher education systems through “conceptualization of knowledge to a geopolitical space (Western Europe) and eras[ing] the possibility of even thinking about a conceptualization and distribution of knowledge emanating from other local histories” (Mignolo, 2002, p. 59).

Cantwell and Lee (2010) used in-depth interviews to examine the working opportunities and experiences of international postdocs as well as their career path in western countries. The findings indicate that the global market is uneven and exclusive. One professor, for instance, described that they would not see international postdocs as future faculty members because “The operating assumption when we hire them is that they are going to go back” (Cantwell & Lee, 2010, p. 504). One postdoc from Asia mentioned they were expected to be quiet and work hard. Also, faculty were more likely to “train” them because they were not expected to become faculty members due to temporary visa status and limited English proficiency. Within the unequal structure, international students are considered cash, competitors, and objects to be exploited, which is framed by dominant global imaginary derived through European modernization and colonialism (Stein & de Andreotti, 2016). In this global imaginary, the West is situated at the top of “a global hierarchy of humanity and human knowledge production (equated with economic success), with the rest of the world trailing behind” (Stein & de Andreotti, 2016, p.235). In response to the exploitation and discrimination embedded in colonialism, it is essential to change the thinking (epistemology), being (ontology), and doing (methdology).

Methodological refers to that “change is enacted through making shifts to inherited forms of practice and policy making and implementation” (Stein, 2019, p. 10). The emphasis is doing things in an intercultural sensitive way (Stein, 2019; Wolff & Borzikowsky, 2018). For instance, the intervention is like how curriculum is determined and developed at institutional level with consideration of heterogeneity and cultural backgrounds of international students. Epistemological refers to those whose knowledge is included and considered valuable and what are the possibilities when we not only do things with intercultural sensitivity, but thinking about things with intercultural sensitivity (Stein, 2019; Wolff & Borzikowsky, 2018). The emphasis is on the intended outcome of change. For instance, what should be taught in the curriculum and what instructors should consider (Stein, 2019). Ontological is more about being interculturally sensitive. This intervention is not only to make changes within the existing system or structure, but an entirely different system with intercultural sensitivity (Stein, 2019; Wolff & Borzikowsky, 2018). In the context of internationalization of higher education, this considers shifting people’s ideology of the existing curriculum, and asking what alternatives are possible (Stein, 2019).

To conclude, higher education institutions are the third space that international students navigate and negotiate learning and cultural differences (Mckinley et al., 2019). In order to interrupt colonistic roots, systemic exclusion, and power hierarchies, we need more different and critical conversations that can uncover hidden issues and open up spaces that everyone can be intercultural sensitive, acknowledge one’s (un)privilege, recognize contradictions, and interrupt the circularity (Patil Vishwanath & Mummery, 2019; Stein, 2019).

If you are interested in the research or you have relevant resources, please feel free to email me at mhou009@odu.edu. Or you can write annotations and send them to me. You can find more information here.

Cantwell, B., & Lee, J. (2010). Unseen workers in the academic factory: Perceptions of neoracism among international postdocs in the United States and the United Kingdom. Harvard Educational Review, 80(4), 490-517.

Deardorff, D. K. (2006). Identification and assessment of intercultural competence as a student outcome of internationalization. Journal of Studies in Intercultural Education, 10, 241–266.

Grosfoguel, R. (2012). The dilemmas of ethnic studies in the United States: Between liberal multiculturalism, identity politics, disciplinary colonization, and decolonial epistemologies. Human Architecture: Journal of the Sociology of Self-Knowledge, 10(1), 9.

Martinez, E. B. (2017). What is white supremacy? http://www.pym.org/annual-sessions/wp-content/uploads/sites/7/2017/06/What_Is_White_Supremacy_Martinez.pdf

Stein, S. (2017). Internationalization for an uncertain future: tensions, paradoxes, and possibilities. The Review of Higher Education, 41(1), 3-32.

Stein, S. (2019). Critical internationalization studies at an impasse: making space for complexity, uncertainty, and complicity in a time of global challenges. Studies in Higher Education, 1-14.

Yang, P. (2019). Toward a framework for (re) thinking the ethics and politics of international student mobility. Journal of Studies in International Education, 1028315319889891. 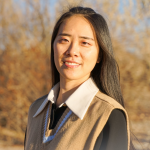 Minghui (Hannah) Hou is a PhD Candidate at Old Dominion University. Minghui's current projects include reviewing and analyzing Intercultural and Global Competence (ICGC) in Chinese context and Chinese students’ ICGC in different cultures. She is also creating English and Chinese bilingual annotations and invites anyone with relevant resource suggestions, research interest, or annotations in English, Chinese, or both to email her at mhou009@odu.edu.

This author does not have any more posts.

If you'd like to receive our free, occasional newsletter with news updates, events, and insights, please subscribe below. We promise never to sell or share your contact information with anyone. Subscribing to our newsletter does not register you as a member of this site. To do that, click Register above. If you entered a valid email address below, you will receive a confirmation shortly.

There are no users currently online